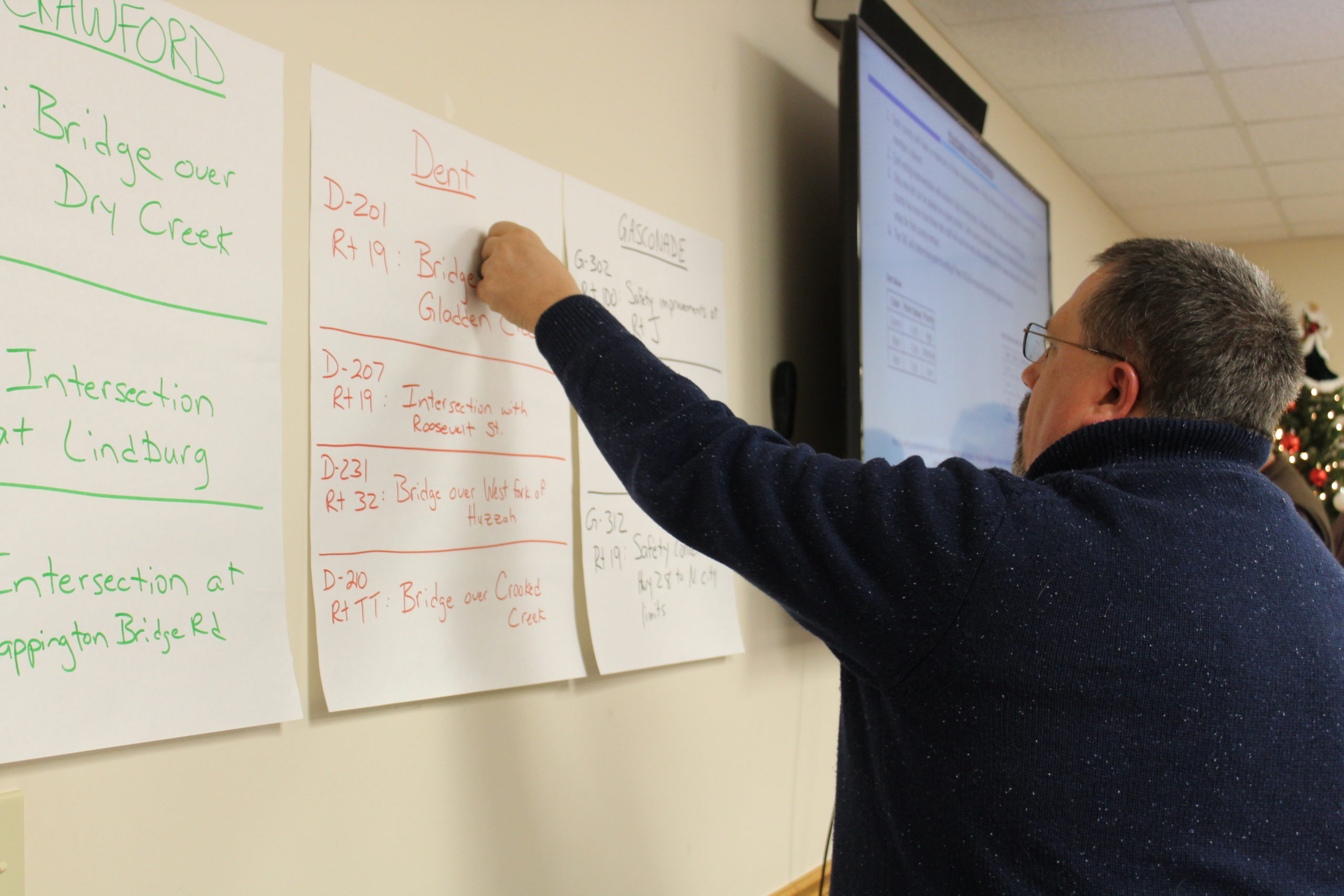 ST. JAMES — The Meramec Region’s Transportation Advisory Committee (TAC) decided the expansions of Highways 63 and 50 to four-lane corridors remain the number one and two regional transportation priorities, respectively, at its December meeting. The proposed projects on Highway 63 and Highway 50 have topped the regional priority list for several years.

Once it was decided these two projects should continue to be top priorities for the region, TAC members from each county shared the top three or four additional transportation needs from their counties. The TAC then voted to prioritize these additional needs on a regional level. The prioritized list was approved later in evening by the Meramec Regional Planning Commission (MRPC) board and will now be shared with the Missouri Department of Transportation (MoDOT) Central District office for consideration of inclusion in MoDOT’s Statewide Transportation Improvement Program (STIP). The STIP is a five-year plan for design and construction projects.

Additionally, the TAC prioritized spot projects on Hwy. 63 that MoDOT has identified as projects that would significantly improve the flow of traffic. The projects ranked from highest to lowest were:

MoDOT representatives reported to the TAC that six Traffic Engineering Assistance Program (TEAP) projects from the Central District were funded. Five cities submitted applications from the Meramec Region and these were reviewed and ranked at the October TAC meeting. Four of the six Central District projects funded were in the Meramec Region and will focus on ADA evaluation plans for the cities of St. Robert, Salem, Hermann and St. James. The two additional projects out of region were for Fulton and Lebanon.

James Beattie was, also, introduced as the new MoDOT project manager for the region.