When it comes to business and industry, the Meramec Region can accommodate diversity. 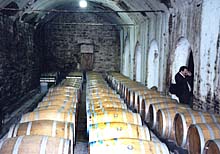 The region’s eight counties are home to a number of flagship companies, like Kingsford Co., G-P Gypsum, Olin, Doe Run, and hundreds of other manufacturers. In all, the region has nearly 300 manufacturing operations.

Several of those are smaller, innovative, technology-based companies, a direct result of the research at the Missouri University of Science and Technology. For example, Brewer Science, a coatings company, competes largely with the Japanese on flat panel displays, and the U.S. Food and Drug Administration recently approved MoSCI’s glass-bead technology for use in cancer treatment.

Over the years, the region has diversified its economy—after taking hard hits in the mining and textile industries. Today, mining is still a dominant industry in Washington and Dent counties while wood-related industries also are extremely important to the Dent County economy.

The city of Rolla, the largest city in the eight-county area, is a regional trade center. It is home to MS&T, which one of the major public employers in the region with 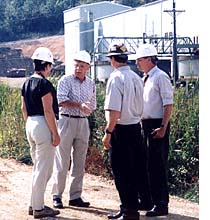 1,000 employees. Fort Leonard Wood in Pulaski County is the region’s largest employer, with 2,300 civilian employees. Another highly technical local office is the U.S. Geological Survey and its Mid-Continental Mapping Center. Rolla has been a natural draw for governmental services and health care providers. The Phelps County Regional Medical Center is the largest hospital in the region with 240 beds, nearly 100 doctors with hospital privileges and 800-plus employees. Rolla and Phelps County also have a wide variety of manufacturing concerns.

An offset printer, RR Donnelley in Owensville, Gasconade County, is also among the region’s top manufacturing employers with some 600 workers. The strong German work ethic has helped make Gasconade County an attractive location for several industries.

Kingsford Manufacturing Company, the makers of charcoal briquettes, is the largest manufacturing employer in Maries County. Crawford County is an industrial haven and hosts such companies as G-P Gypsum, Olin Corporation, Rokwell Industries.

The eight counties, even with their services, manufacturers and retailers, still are agrarian in nature. Farming is a hobby of many, but some still make a living on the farm. Some corporate farms are making appearances as well. Cattle and hog operations can be found in every county.

The region boasted a civilian labor force of 89,324 in November 2005, While the state and region has experienced extremely low unemployment rates, a hidden labor force exists. Many residents still travel outside their home county—and even the region—to work, and many would choose to work closer to home if the right opportunity presented itself. The expansion of Fort Leonard Wood, in Pulaski County, has brought many new families to the area, many with trained spouses looking for work throughout the region.