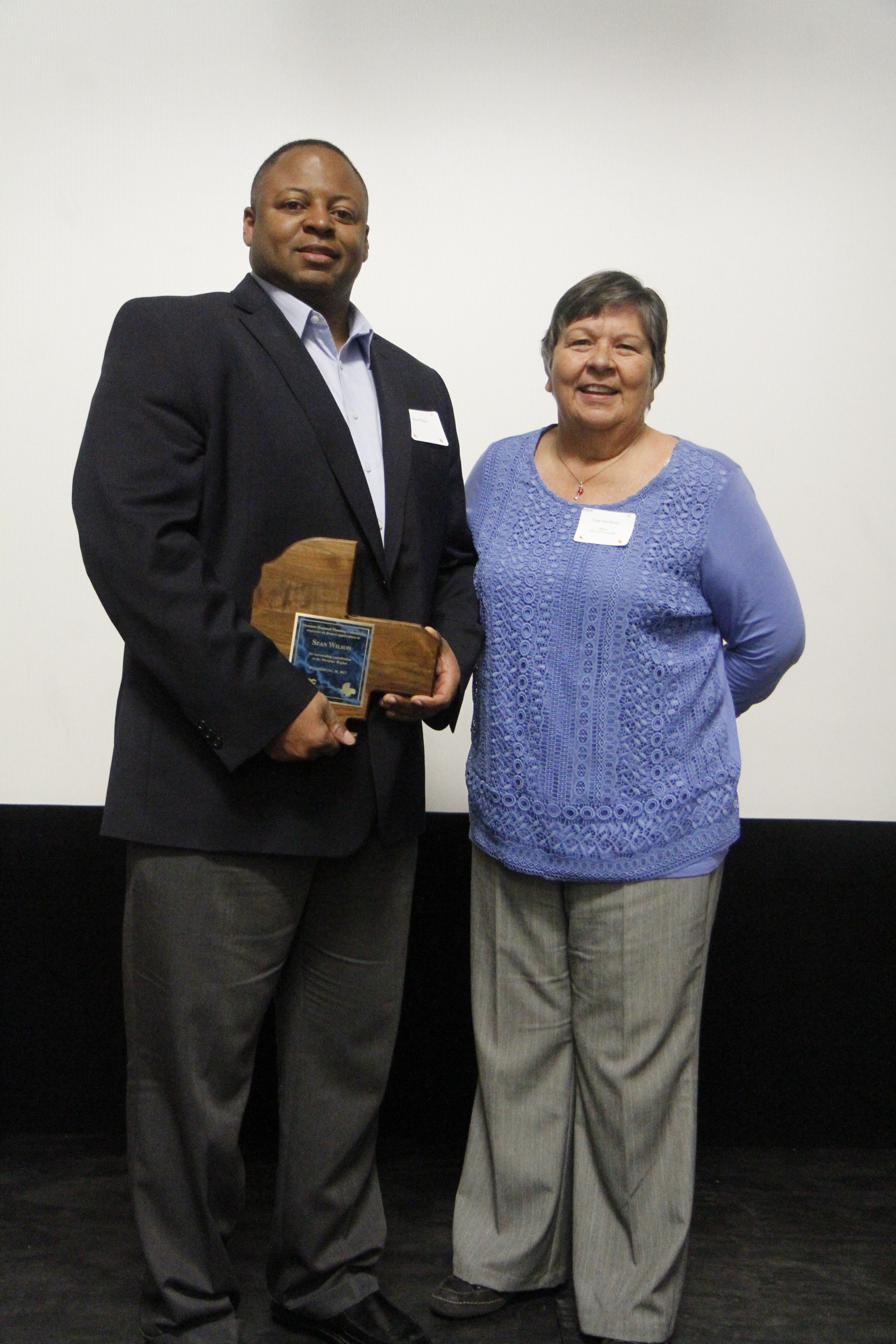 Wilson was nominated by the Mayor of Waynesville Luge Hardman. Wilson is a combat veteran (Iraq), a drill sergeant, an ordained minister, author, artist and songwriter. Wilson authored a children’s book, entitled “Life Through the Eyes of a Butterfly,” focusing on differences between people and accepting them. He works with the schools as a “Choices” presenter, where he mentors students about making good choices and having good character traits. Aside from his work with the school, Wilson was an immeasurable help following the floods of 2013, 2015 and 2017.

“He does an extraordinary job in our community,” Hardman said.

The Eugene E. Northern award, the highest honor given by MRPC for volunteers and community service, was given to Dr. Ted Ziske, 91, of Salem nominated by Dent County Presiding Commissioner Darrell Skiles. Dr. Ziske is a World War II Navy veteran, who has maintained his dental license and served the Salem area since 1954.

Meramec Regional Development Corporation’s (MRDC) Lender of the Year award was given to First State Community Bank. Don Thompson accepted the award on its behalf. First State Community Bank was honored for partnering with MRDC on a Small Business Administration 504 loan that provided financing for the construction of B&M Quick Stop in Mineral Point in Washington County.

The night included a reception that began at 5:30 featuring Red Moose Vineyards and music by Alter-K-Shon. Progressive Ozark Bank, Bank of Salem and Riverways Federal Credit Union sponsored the reception. A silent auction, which raised over $1,713 to offset the costs of the dinner, was held during the reception hour. Some 170 individuals were in attendance at the dinner, catered by Country Seasons Catering.

“Our Annual Dinner is the highlight of our year, as our board takes great pleasure in honoring some very deserving volunteers across our region, recapping some of the great projects that have occurred in our communities and taking a look at the contributions MRPC, as an organization, has made to our cities and counties,” said Bonnie Prigge, MRPC executive director. “We really appreciate the hospitality, provided by the city of Salem and Dent County, our hosts, and a special thank you to Sherry Lea and Healthy Dent County for all their hard work to deliver a top-notch location for our evening. The support from local residents was amazing. It was certainly a great evening.”