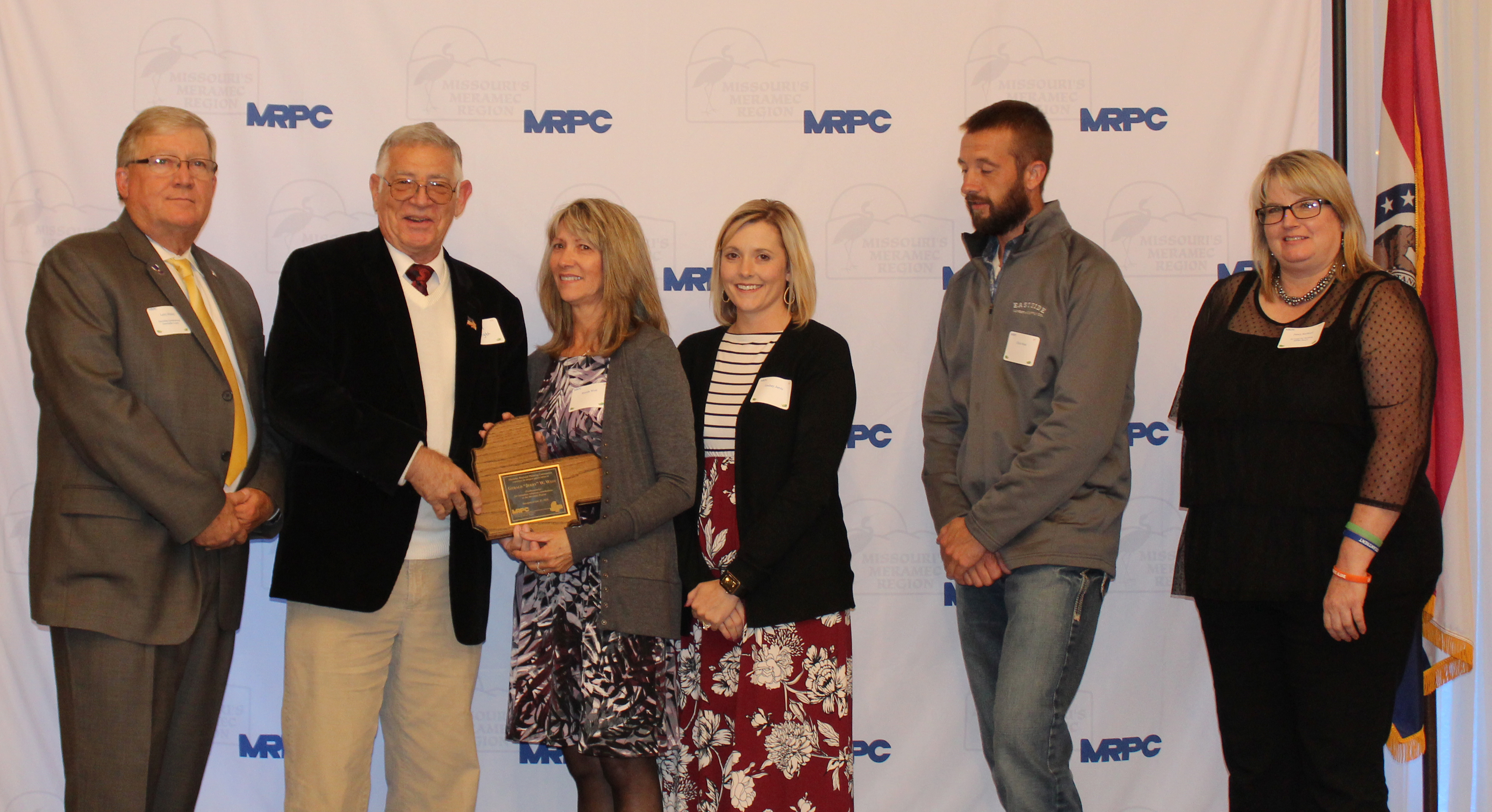 ST. JAMES—Gerald “Jerry” W. West of Potosi was honored posthumously during the Meramec Regional Planning Commission’s (MRPC) annual dinner Oct. 25 at the Hermann Hill Wedding and Convention Center, Hermann. Twelve other individuals were honored at the dinner as well.

West was a generous small business owner in the Potosi community, who passed away April 6, 2018, at the age of 61. Owner of Boyer Lumber and Rental and Westside Car Wash, he was an active member of Potosi Elks Lodge #2218 and served on many boards including the Pam Dudley Center Baord, 911 Board, City of Potosi Industrial Development Authority Board, Washington County Hospital Board, First State Community Bank Board and many others. He contributed to many other community organizations, including the Potosi Lions Club and Belgrade Lions Club. West did many things that he wanted “no one to know about,” like paying for those in need to have a shower and a bed at the Super 8 in town and paying for needed equipment for the local police department. He sponsored and supported endless youth activities within the city and traveling teams. He was a regular contributor to the Potosi Baseball Association and local Boy Scout troops. When everyone else said “no,” West said “yes.” One community leader shared: “Jerry was an extremely community-minded person, and I am not sure enough can be said or any of us will ever know just how much he meant to our community.” MRPC board member Janey Radford nominated West for the award.

His wife, Brenda, accepted the award in his memory and honor. His mother, Theresa West, children Lindsey Jarvis and Chris West, siblings and grand children were in attendance.