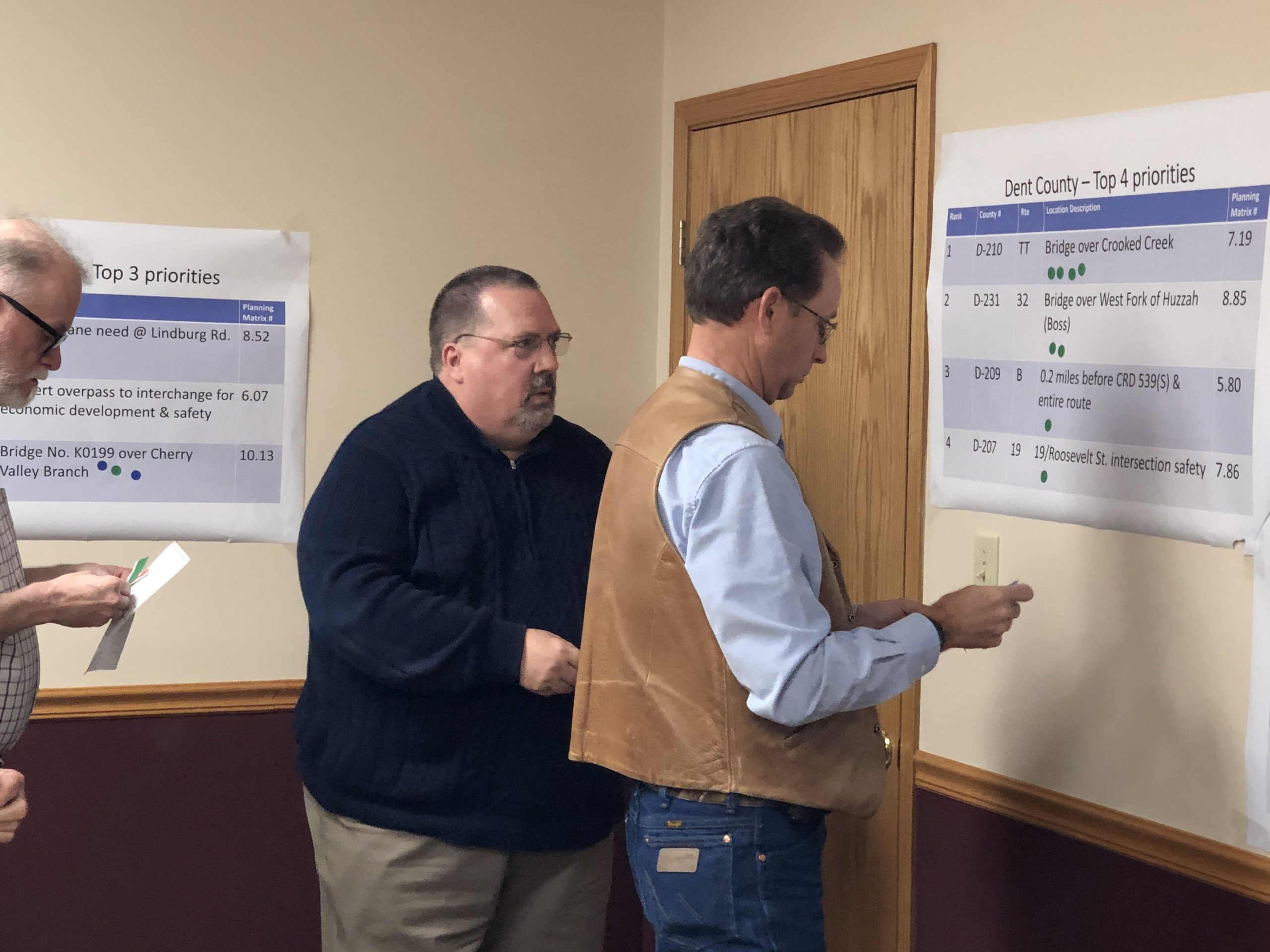 ST. JAMES — The Meramec Region’s Transportation Advisory Committee (TAC) decided the expansions of Highways 63 and 50 to four-lane corridors remain the number one and two regional transportation priorities, respectively, at its Dec. 9 meeting. The proposed projects on Highway 63 and Highway 50 have topped the regional priority list for several years.

Once it was decided these two projects should continue to be top priorities for the region, TAC members from each county shared the top three or four additional transportation needs from their counties. The TAC members then voted to prioritize these additional needs on a regional level. The prioritized list was approved later in evening by the Meramec Regional Planning Commission (MRPC) board and will now be shared with the Missouri Department of Transportation (MoDOT) Central District office for consideration for inclusion in MoDOT’s Statewide Transportation Improvement Program (STIP). The STIP is a five-year plan for design and construction projects.

Additionally, the TAC prioritized realignment projects on Hwy. 63 that would be recommended to MoDOT should funding become available. From the broader unfunded needs, MoDOT has developed Missouri’s High Priority Unfunded Needs list to guide the development of projects into funded projects as state and federal transportation funds increase. Two projects are currently on MoDOT’s Tier 2 list of high priority unfunded needs. They are a shared four-lane of Hwy. 63 from Route 50 to south of Westphalia and a shared four-lane of Hwy. 63 from south of Maries County Road 332 to south of Maries County Road 325 near Vienna. A third section of Hwy 63 is proposed for Tier 3, that being a shared four-lane from north of Route P in Osage County to north of Maries County Road 332. The remaining four sections of Highway 63 were prioritized by the TAC and are listed from highest to lowest priority.