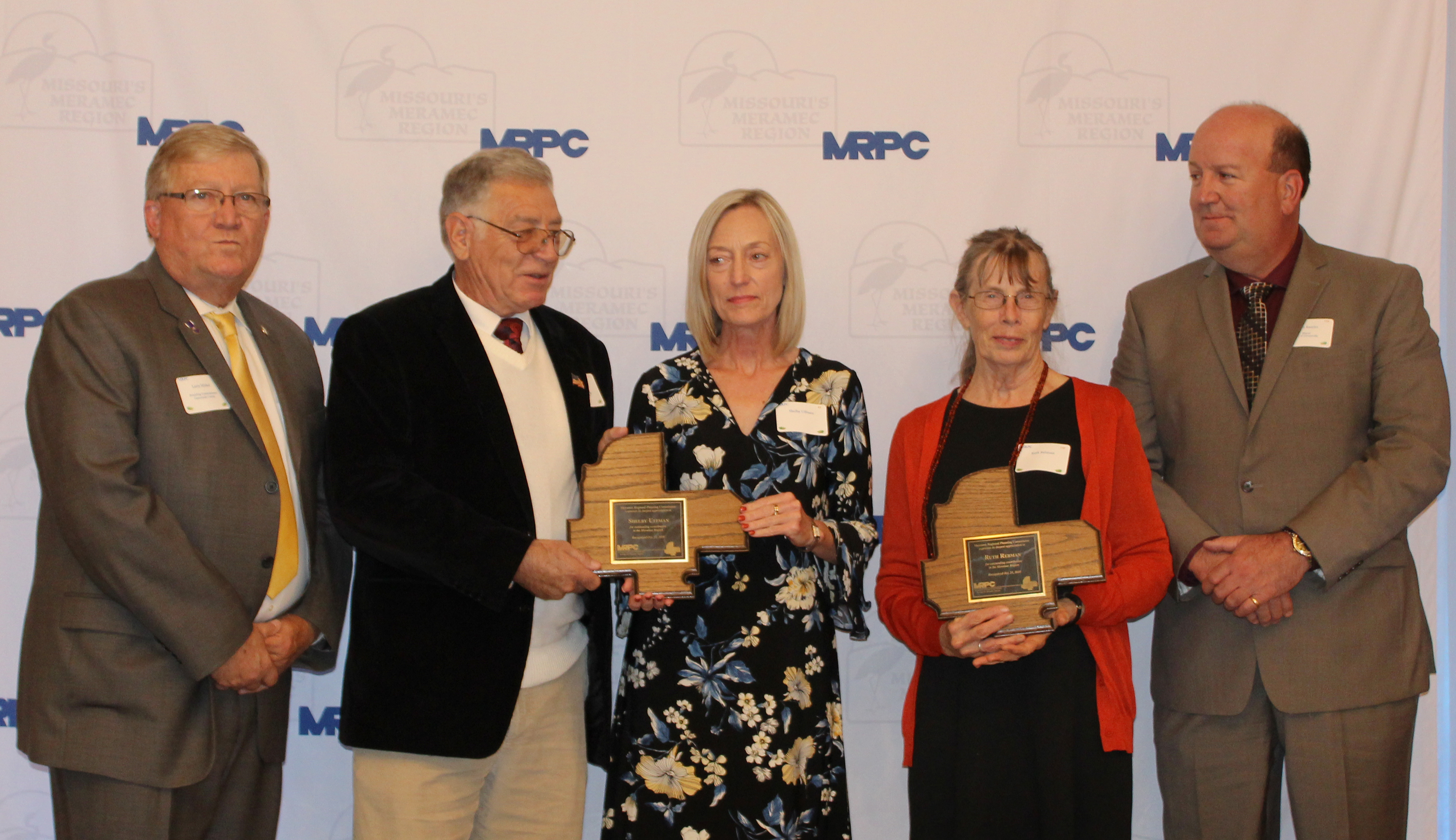 ST. JAMES—Three Gasconade County volunteers were honored during the Meramec Regional Planning Commission’s (MRPC) annual dinner Oct. 25 at the Hermann Hill Wedding and Convention Center, Hermann.  This year, Chuck Hartbauer of Hermann, Shelby Uffmann and Ruth Rebmann, both of Owensville were honored for their outstanding community service. Ten other individuals were honored at the dinner as well.

Hartbauer, nominated by Gasconade County Presiding Commissioner Larry Miskel and Hermann City Administrator Mark Wallace, was honored as an outstanding volunteer for his efforts in the creation of the Veteran’s Parkway, a tribute in the middle of Market Street to those who served in our nation’s military conflicts. Not only did Hartbauer coordinate the effort to create the parkway by raising thousands of dollars in donations and in-kind labor, but he is instrumental in maintenance and landscaping of the area on almost a daily basis.

Uffmann and Rebmann, nominated by Mayor of Owensville John Kamler, were honored as outstanding volunteers for their work creating a tree program for the city of Owensville. In 2009 all the pine trees along Highway 28 in Memorial Park were taken down for a utility upgrade. At the same time, it was becoming obvious that oak trees in the park were beginning to die. Uffmann took it on herself to apply for a Conservation Department grant and, with that grant, 60 trees were planted mostly along Highway 28. In 2014, Rebmann joined the efforts and the two wrote a second grant to replace the dying oaks in Memorial Park and the Bradford Pears in the Owensville Cemetery. With the second grant, an additional 48 trees were planted. In 2015, the two started a small tree nursery to grow trees in pots, and in 2017, they planted 90 of those trees. Uffmann and Rebmann now have an ongoing plan to get young trees from the Conservation Department each year and plant them on public land in Owensville.

Featured image at the top cutline: