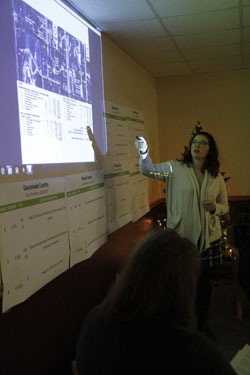 Kim Shelton presents on the Dent County Transportation Alternatives Program (TAP) application, which would improve sidewalks and accessibility connections between the school, community center and park in Salem.