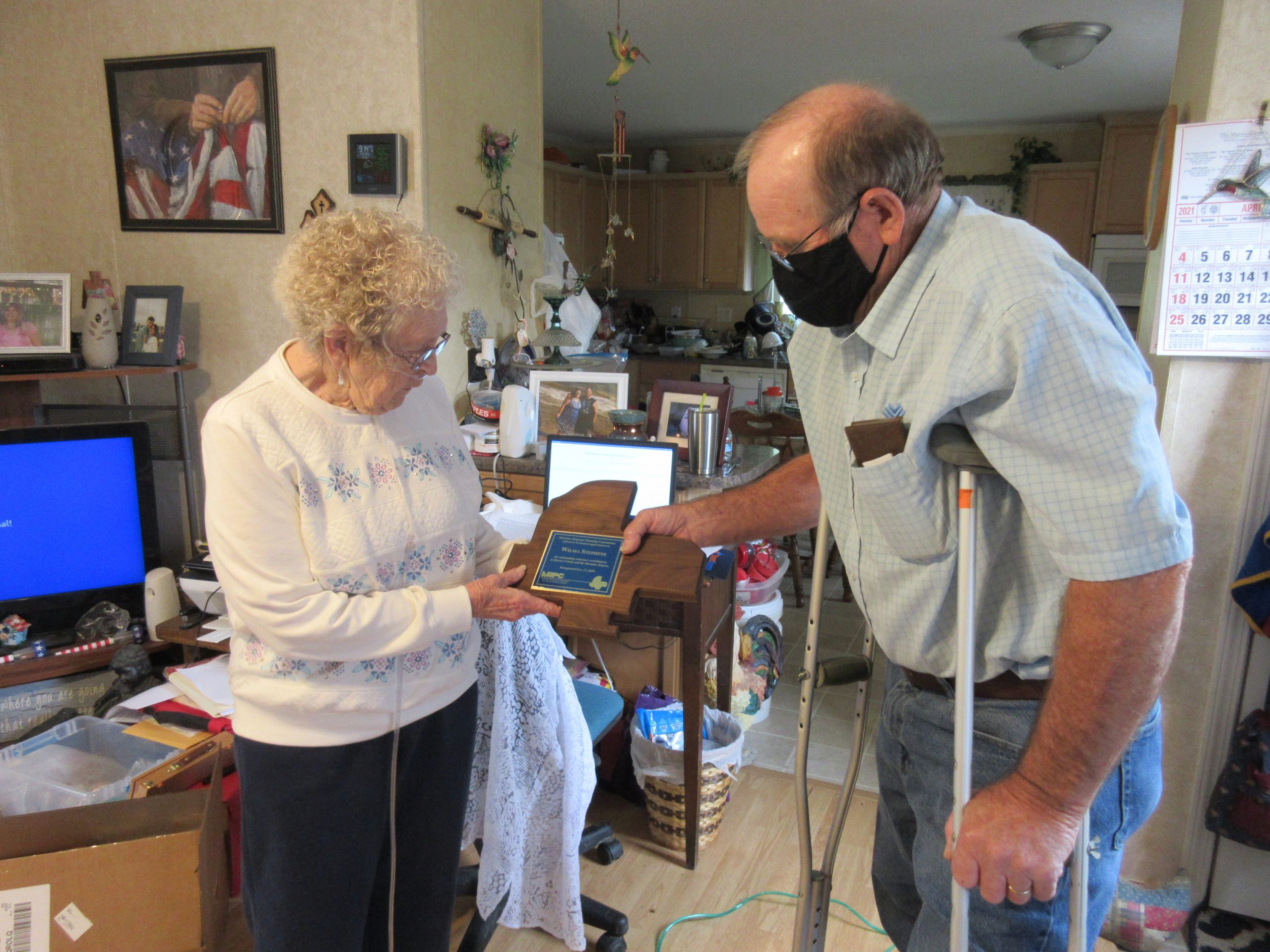 Stephen was nominated by Stratman, who is also an MRPC board member. Stephen has been on the Maries-Osage Ambulance Board since the mid 1970s and has served as the board secretary for the majority of those years. Additionally, she is an invaluable election poll worker during elections going to whatever polling location requires help that year. Stephen has worked the polls in Maries County for three years.  Aside from working with the Maries-Osage Ambulance Board and the Maries County elections, Stephen works with homebound senior citizens to fill out their taxes at no charge.

Stephen is a mother of five children and has eight grandchildren and five great-grandchildren. She worked over 30 years at the Missouri Ozark Community Action doing Back to School fairs and youth life skills programs. She was a Sunday school teacher for many years at Sheppard Baptist Church and a member of the VFW Post 4238 where she helped with many veteran organizations such as Buddy Poppy sales. Stephen has been a pillar in the community, and Stratman said the award was well deserved and overdue.

“I have lived and worked in Maries County all of my life, and I have witnessed Wilma doing all sorts of civic activities for decades,” said Stratman. “Wilma has been particularly active in the Maries-Osage Ambulance District since its start about 40 years ago, and each year Wilma helps seniors to fill out their taxes at no charge.”