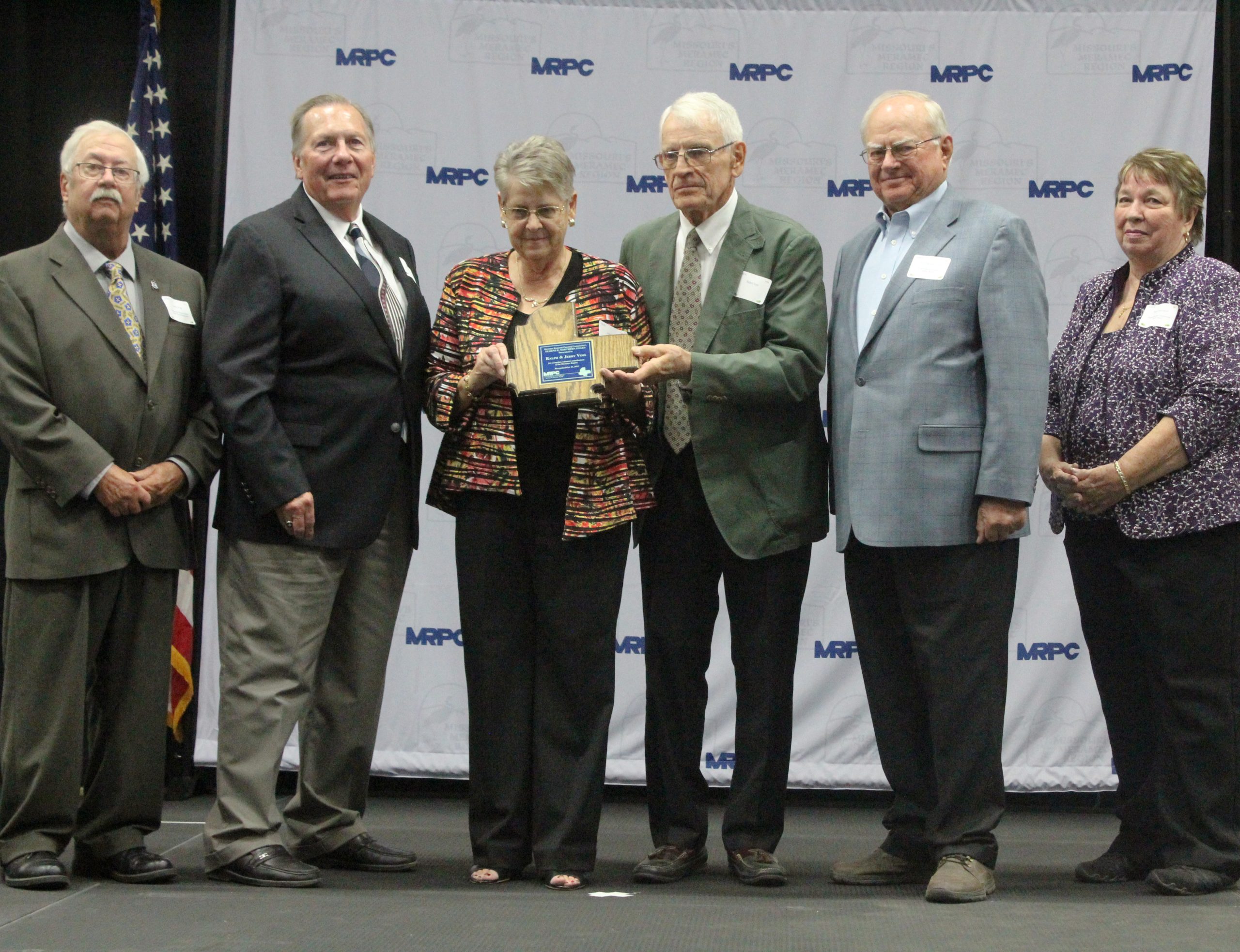 ST. JAMES—Ralph and Jerry Voss of Linn were honored for their decades of volunteer service to Osage County during the Meramec Regional Planning Commission’s (MRPC) annual dinner Oct. 21 at State Technical College in Linn.  The Vosses received the highest honor given to MRPC for volunteers and community service – the Eugene E. Northern award.

Ralph and Jerry purchased the Osage County Observer in 1970 and then the Unterrified Democrat in 1976. The UD is known as one of the most outstanding newspapers in the state – factual news, community interest and articles on youth sports and achievements. Jerry is known for her “fearless focus” on local news, and her articles had every detail of public meetings.  Public servants soon learned not to say anything stupid because they would be quoted in full on the front page. Jerry received several awards for her newspaper work. The paper sold in 2018, but Ralph still writes a regular weekly column, and Jerry still sells ads for the paper.

Those recognized by MRPC for 2021 contributions to their communities are:

The Eugene E. Northern award for 2021 was presented to Judy Terry of Rolla.