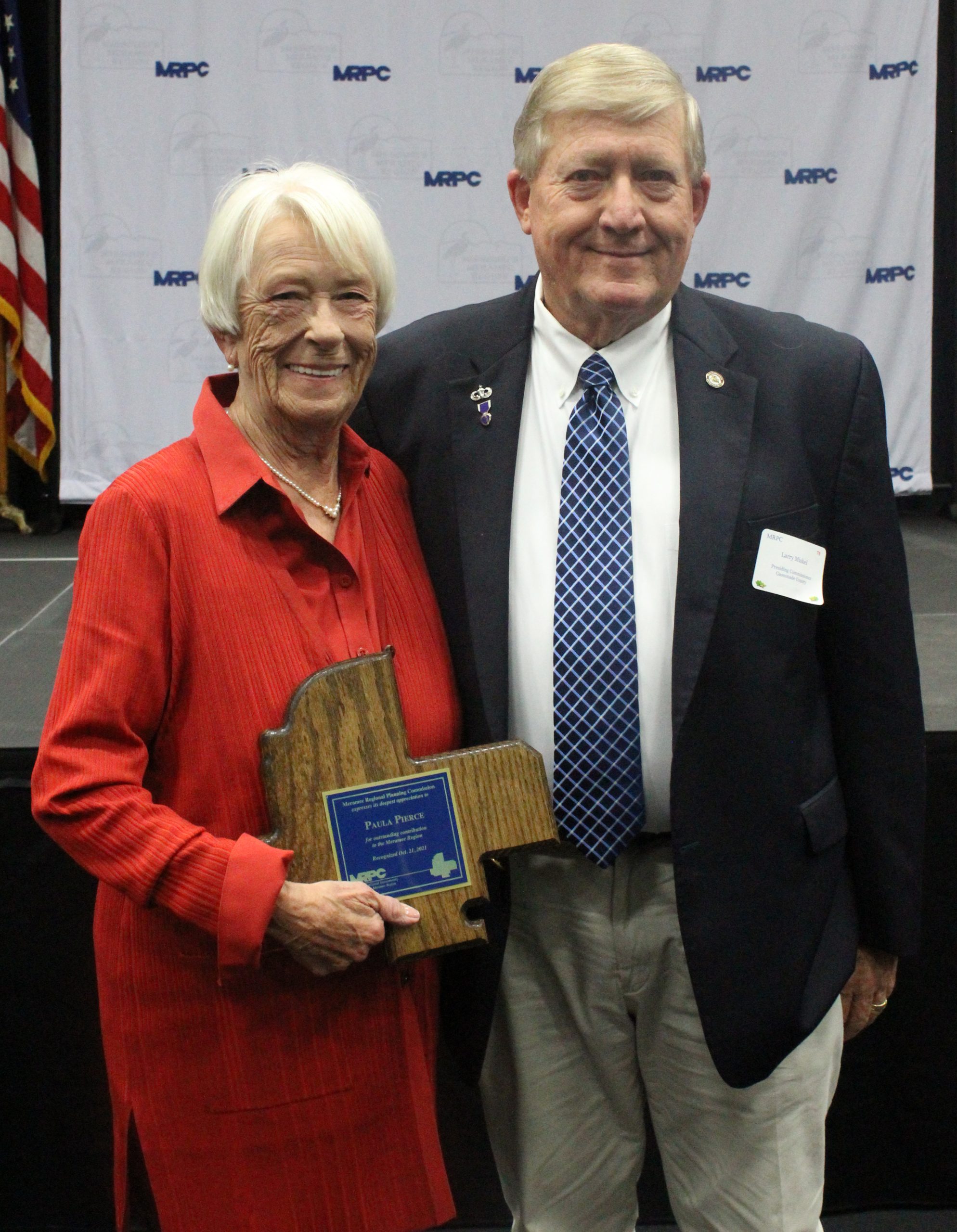 Pierce was nominated by Gasconade County Presiding Commissioner Larry Miskel. Paula Pierce and her husband, Dr. Carl Pierce, relocated to Hermann from Texas in 1997. As she cared for her husband during his cancer diagnosis, Paula became intimately aware of the local medical resources and areas of concern. She joined the auxiliary of the Hermann Area District Hospital in 1999, where she served as president for 10 years. Paula joined the Missouri Association of Hospital Auxiliaries (MAHA) where she held several offices and served as President. She also became a very active member in the Hermann area’s American Cancer Society’s Relay for Life program. In 2001, she became the program chairman and raised a new record of over $70,000 that year. Paula assisted with the creation of Crusade Against Cancer, which has provided $345,000 in aid to 181 cancer patients and families. Paula now serves on the Community Foundation of the Hermann area.