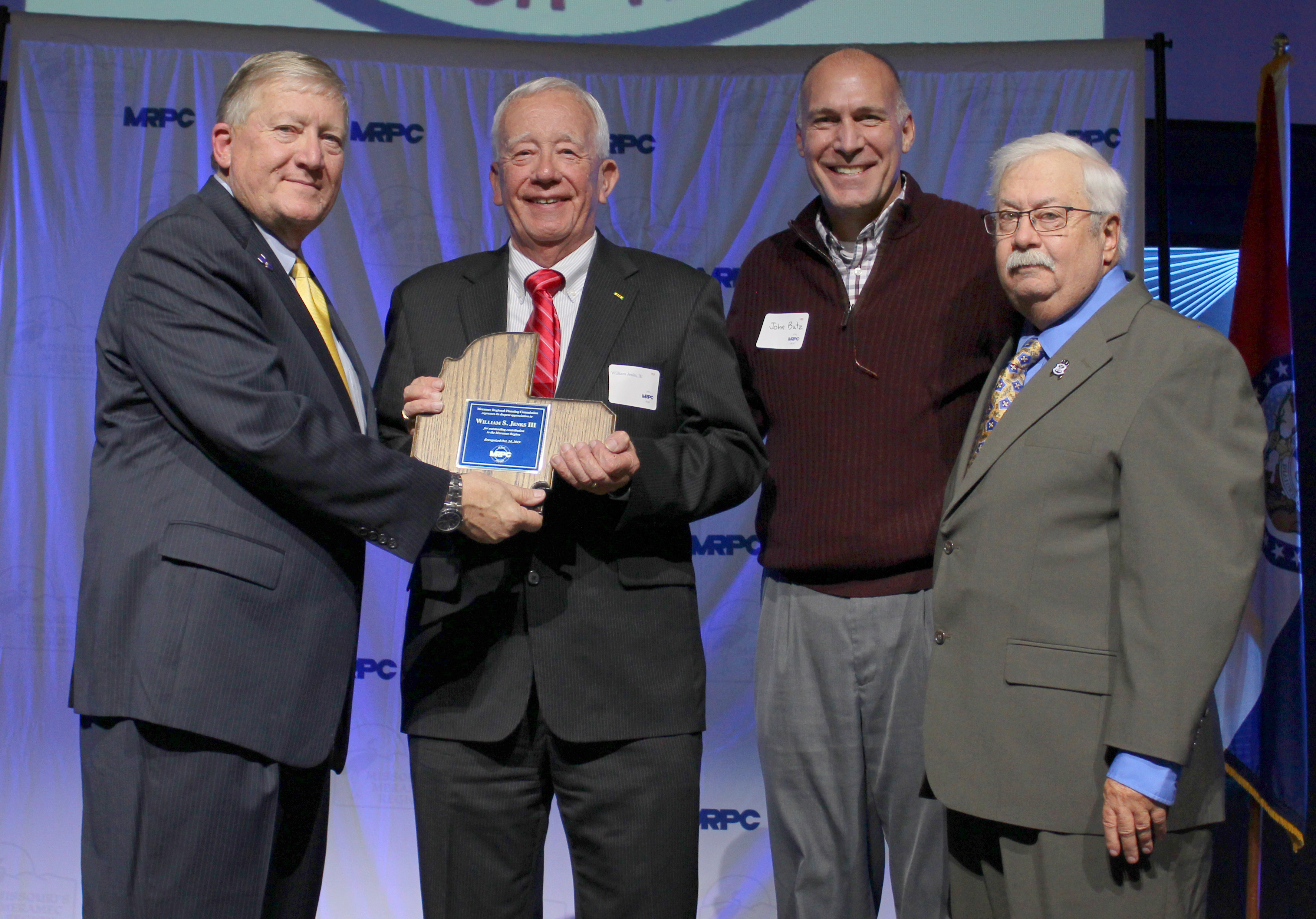 ST. JAMES—William “Bill” S. Jenks III of Rolla was honored during the Meramec Regional Planning Commission’s (MRPC) annual dinner Oct. 24 at the Stonebrooke Center in Waynesville.  Twelve other individuals were honored at the dinner as well.

Bill, nominated by MRPC Board Member John Butz, has provided a lifetime of service to the Rolla Community, beginning with his service in the Army and Army Reserve (attaining the rank of Colonel). In the earliest years of his professional development, he worked as a Rolla firefighter before joining the second-generation family business Jenks/Long Insurance Agency, where he worked as an active business and civic leader for four decades. During his public service career, Jenks served as a city council representative in Rolla Ward 3 and then served as mayor from 2006-14. He served on the Rolla Chamber of Commerce Board for many years, including three stints as president and campaign chairman. With the city, he has served on numerous boards including the IDA Board, the Board of Adjustment, the Planning and Zoning Commission and the RMU Board of Public Works. He also served on the Rolla Community Development Corporation Board, Phelps for the Fort and the Rolla Ambassadors. Butz stated, “Bill’s example and commitment over decades is a living testament to public service.”