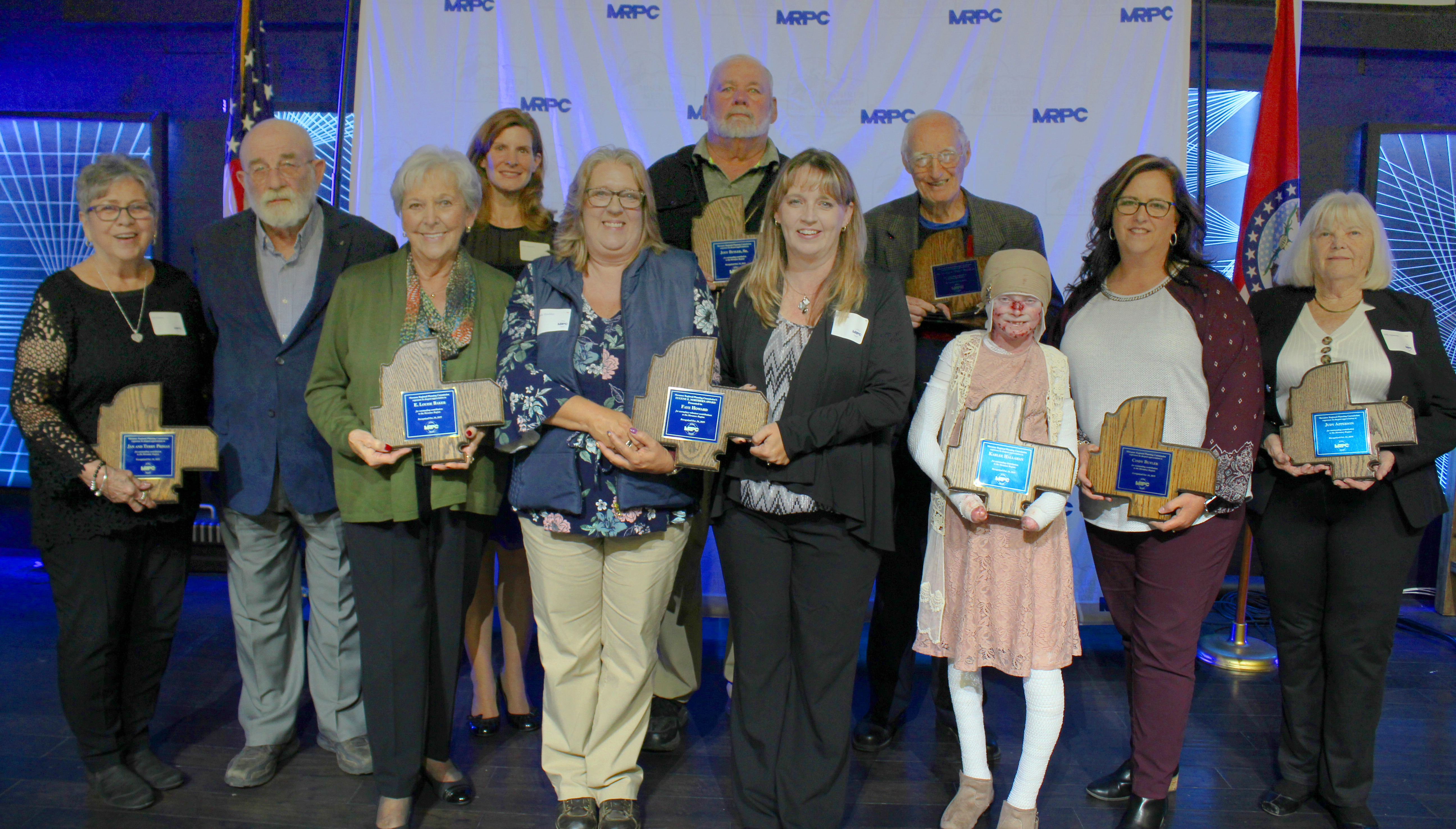 ST. JAMES—Patricia Heaney of Hermann was honored during the Meramec Regional Planning Commission’s (MRPC) annual dinner Oct. 24 at the Stonebrooke Center in Waynesville.  Twelve other individuals were honored at the dinner as well.

Heaney, nominated by Hermann Mayor Dr. Robert Koerber, is the city clerk of Hermann. The mayor describes her as being all about the details, and says she puts in whatever hours are necessary to keep all of her responsibilities current and her reporting complete. Since Heaney has been the city clerk, Hermann’s annual audits have been free of deficiencies or findings. Mayor Koerber likens Heaney to the national guard, “Always ready. Always there.”