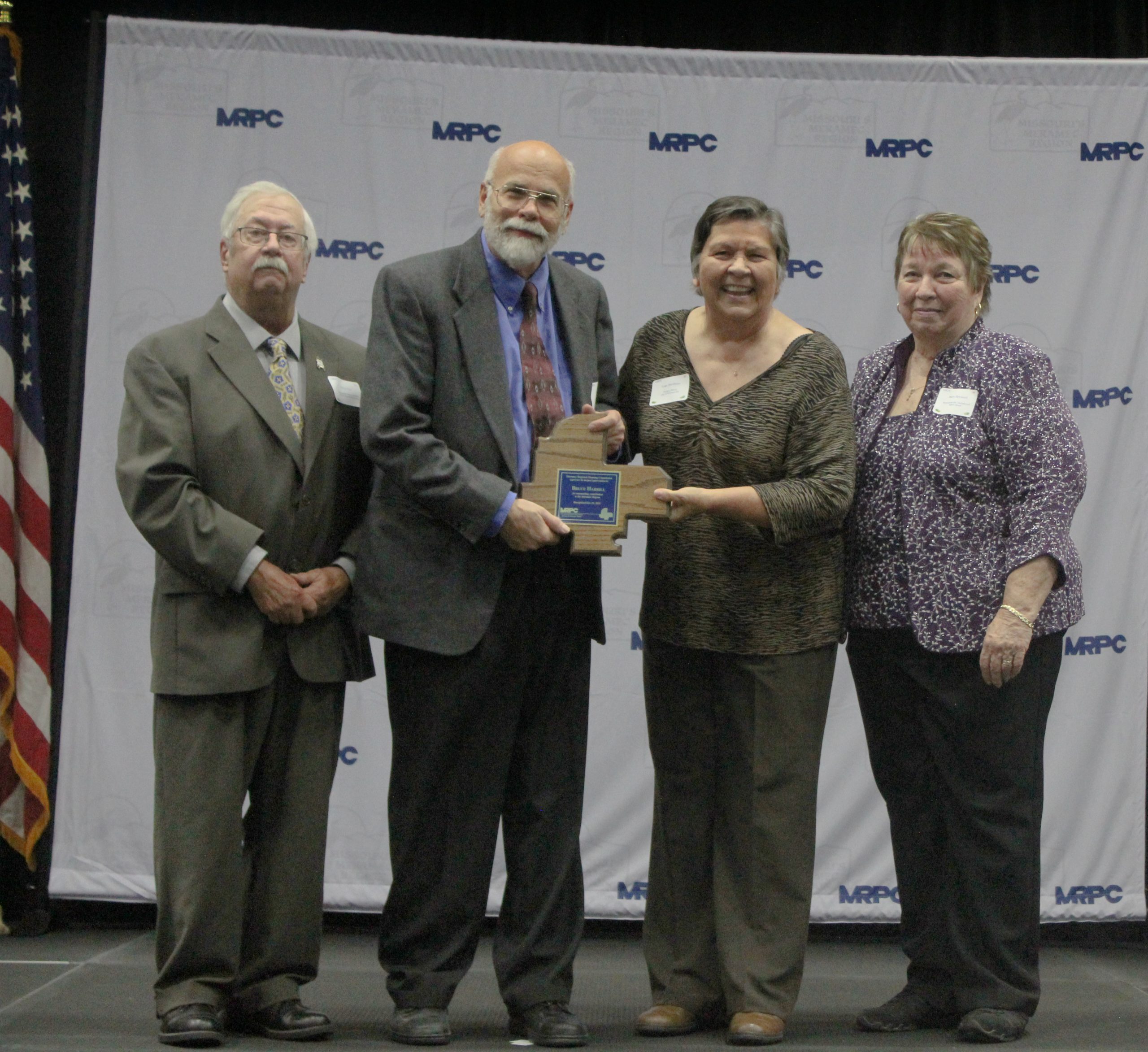 Harrill, nominated by Former Waynesville Mayor Luge Hardman, retired after 16 years as the Waynesville City Administrator and served 12 years in the US Army. Harrill was an active member of MRPC, MPUA, MML and is the former president of MO One Call. He is proud of the teamwork he fostered at the city and the many improvements  and projects he was able to accomplish, including building the solar farm; downtown revitalization projects; planning for improving the efficiency and expansion of utilities; building the traffic circle in West Waynesville to alleviate congestion; building G.W. Lane Street to improve access to the High School; purchasing land and planning of the Industrial Park; improving communication with citizens and utilizing modern billing techniques; beginning a sidewalk system; building the Little Heroes Playground; building the Roubidoux Walking Trail and building the new city hall and police station. He is most proud of leading flood mitigation efforts to address flooding issues within the city after the flood of 2013.

The Crocker Park Board, nominated by Crocker Mayor Glen Smith, received a 2020 outstanding contribution to a community award. Three years ago, the Crocker Park Board changed almost all of its members. They are a cohesive team of volunteers who have successfully taken on challenges that past park boards were not able to accomplish. The team includes Sara Ransome, Jessica Elam, Mike and Kelli Allen, Amy Fancher and Jackie Scholfield. This group has hosted many events including annual Railroad Days and has started new events such as a lighted Christmas parade, Trunk or Treat, a biennial circus and have taken on sponsoring youth baseball and softball. They have done enough fundraising to clear four wooded acres to expand the park. They also hosted cleanup days – with one having 80 volunteers painting and cleaning up the park. With very limited tax revenue, just enough to pay for mowing and the upkeep of the facilities, they are raising money to cover all other costs.

Some 14 other awards in the categories of outstanding individuals, outstanding local agency representative, outstanding contributions to a community and outstanding youth volunteers were given at the dinner as well.