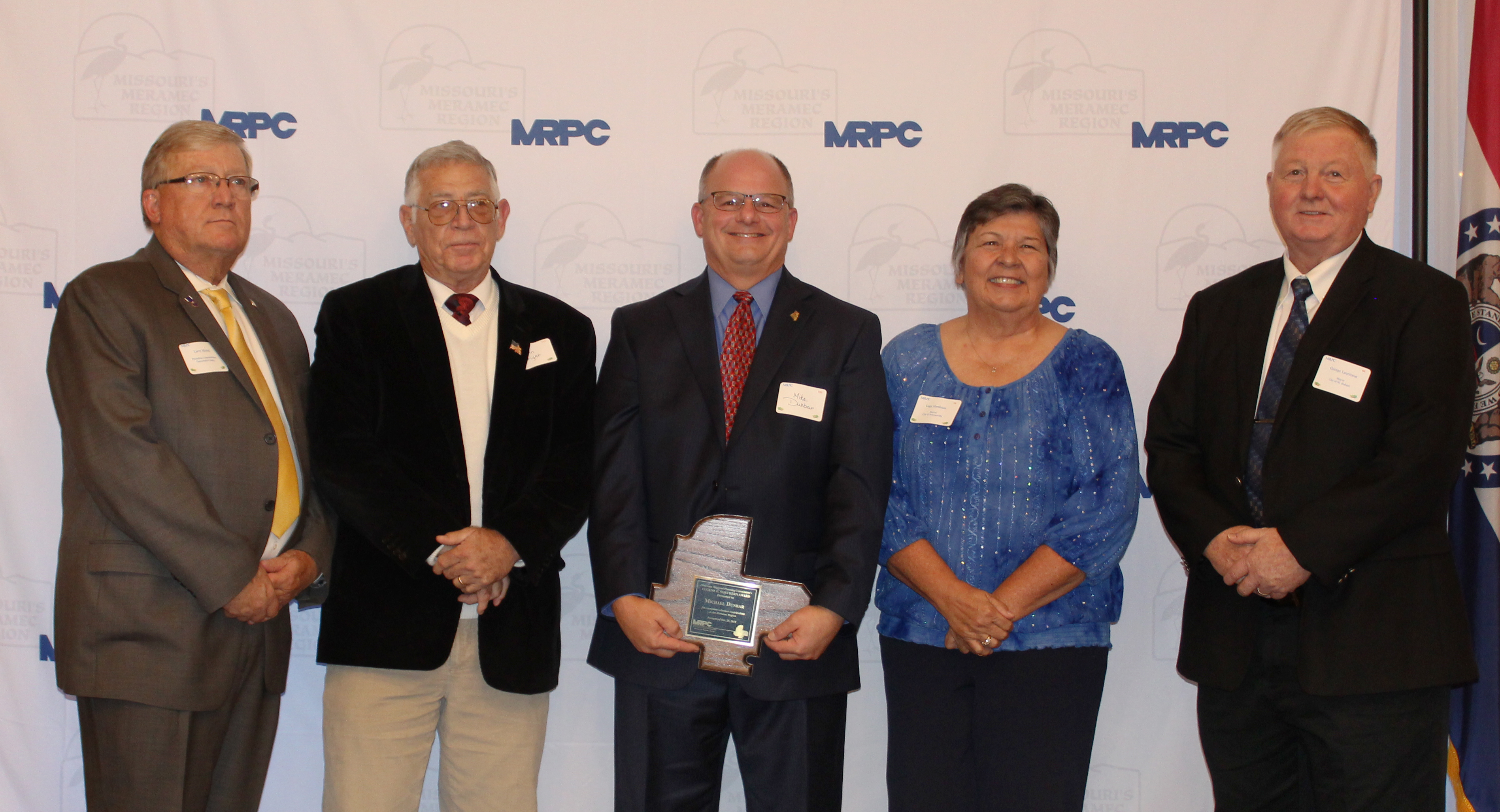 ST. JAMES—Michael Dunbar of Waynesville and Denise Seevers of Dixon were honored for their outstanding service to their communities during the Meramec Regional Planning Commission’s (MRPC) annual dinner Oct. 25 at the Hermann Hill Wedding and Convention Center, Hermann. Dunbar received the highest honor given by MRPC for volunteers and community service — the Eugene E. Northern award. Eleven other individuals were honored at the dinner as well.

Michael Dunbar, nominated by Waynesville Mayor Luge Hardman and St. Robert Mayor George Lauritson is retired from the U.S. Army and has served the community by taking a leadership role with the Waynesville/St. Robert Chamber of Commerce, serving on numerous boards, and a strong commitment the Fort Leonard Wood area. As chair of the Missouri Military Preparedness and Enhancement Commission, his influence is felt from Jefferson City to Washington D.C. As a founding member and past president of the Sustainable Ozarks Partnership, Mike has worked tirelessly to enhance the position of Fort Leonard Wood as a premier training facility in the military.

Seevers, nominated by Waynesville Mayor Luge Hardman, serves as the current president of the Pulaski County Museum and Historical Society and the Waynesville Downtown Business Association. She is a founding member of the Ozark Quilt Trail and has been the co-event organizer of the Old Settlers Day since 2014. Old Settlers Day is an iconic event for Pulaski County and highlights the counties long history. Seevers has been instrumental in expanding interest in the event by adding a Civil War re-enactment. Her working career has included banking, civil service and finance. She is a genealogist with over 25 years of experience, specializing in cemetery research. Seevers has been a lifelong resident of the Missouri Ozarks, residing in Phelps, Dent and now Pulaski county.