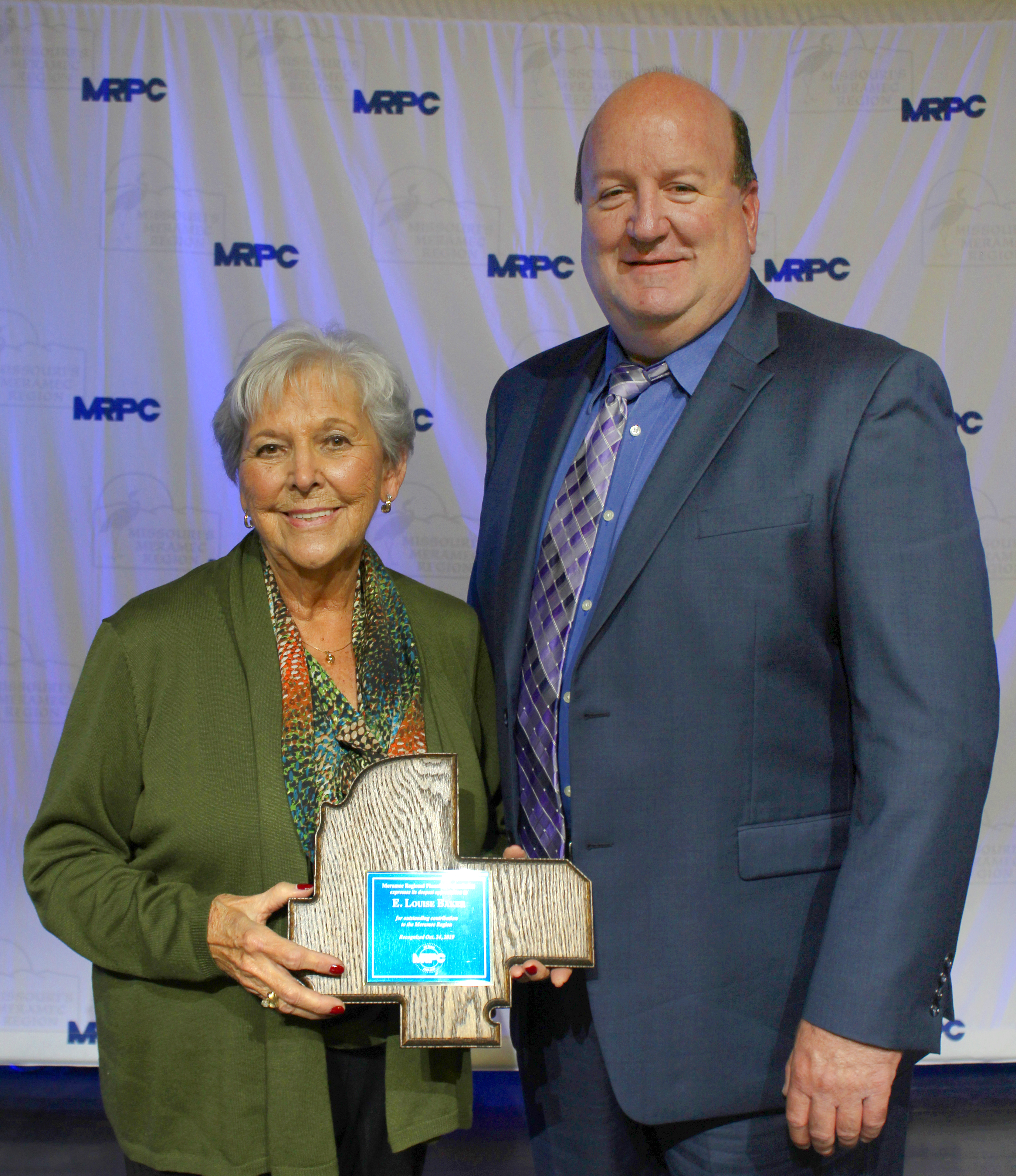 ST. JAMES—Louise Baker of Owensville was honored during the Meramec Regional Planning Commission’s (MRPC) annual dinner Oct. 24 at the Stonebrooke Center in Waynesville.  Twelve other individuals were honored at the dinner as well.

Baker, nominated by Owensville Mayor John Kamler, had an idea for a memorial that celebrated Veterans in the Owensville area. Once the idea was sparked, she could do little other than see it come to fruition and thus the Owensville Veterans Memorial, located at the corner of 4th Street and Jefferson, was created. The memorial honors all five branches of the military services. It is designed to provide a peaceful, dignified area, honoring all those men and women who served and made sacrifices. Baker and the planning committee sold engraved bricks and granite benches to fund the creation of the memorial which was dedicated on May 18, 2019, and donated to the Owensville park system. Baker is a former Owensville mayor and Gasconade County R-2 school board member.