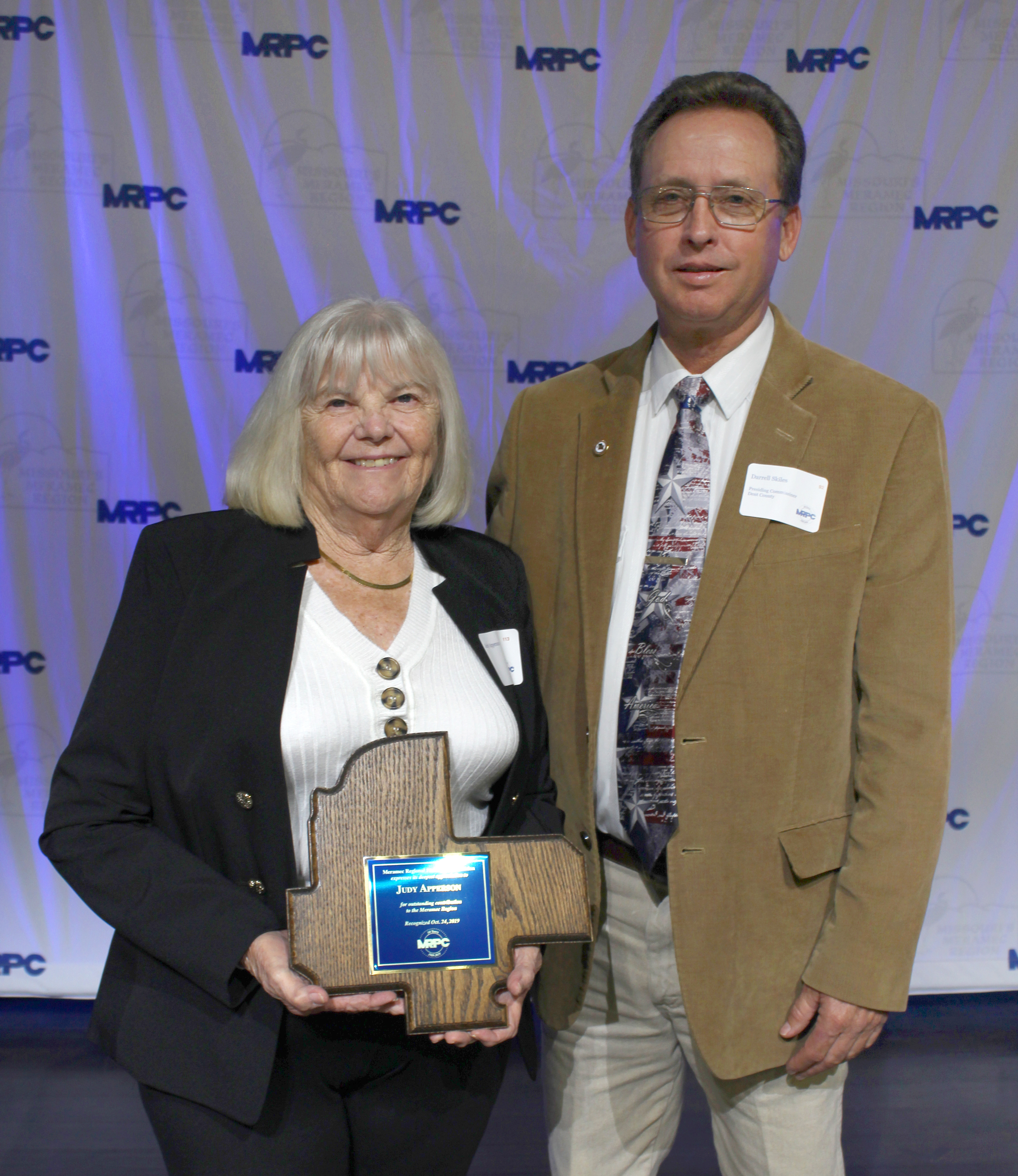 ST. JAMES—Judy Apperson of Salem was honored during the Meramec Regional Planning Commission’s (MRPC) annual dinner Oct. 24 at the Stonebrooke Center in Waynesville.  Twelve other individuals were honored at the dinner as well.

Apperson, nominated by Dent County Presiding Commissioner Darrell Skiles, has served on the Salem Area Community Betterment Association board of directors since its inception – serving as secretary from 2014-17 and currently as president. The Salem Area Community Betterment Association owns, manages and maintains a complex that includes three buildings – the farmers market, Visitor’s Center and the chamber of commerce offices. Apperson is instrumental in making sure all building and offices are well-maintained and used by the community. Apperson has been the hands-on or go-to person for several grants that the association has received recently, including making sure all grant documents are submitted in a timely fashion. She also serves on the Veteran’s Marathon Committee, helping plan and working the day of the event; serves on the Salem Memorial District Auxiliary Committee, assisting with fundraisers; and is the caretaker of two local cemeteries, ensuring the mowing and general upkeep is performed.