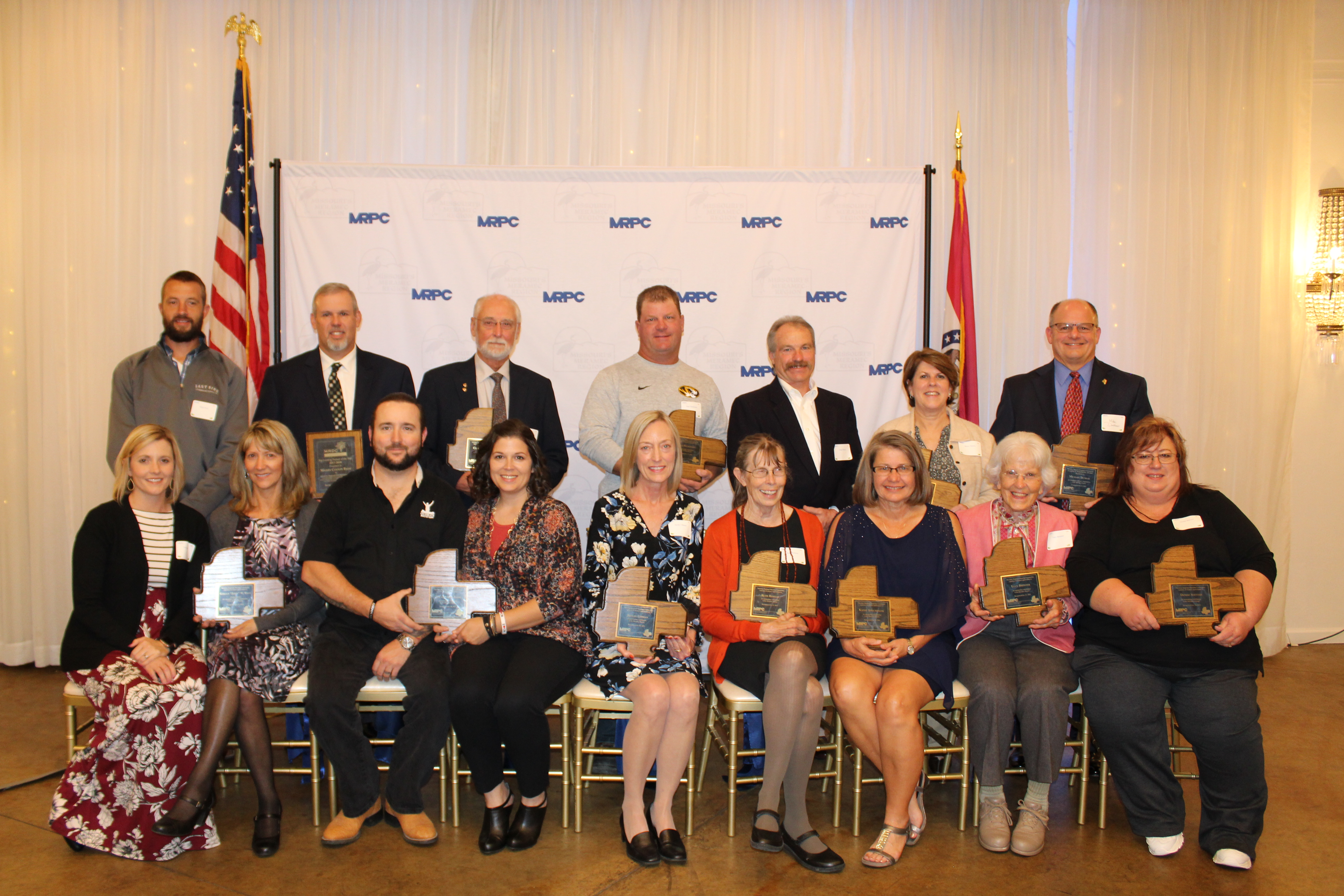 ST. JAMES—Each year, Meramec Regional Planning Commission (MRPC) honors residents of the Meramec Region who give to their communities by volunteering their time, talents and support. This year, 13 awards in the categories of outstanding individuals and outstanding youth volunteers were presented at MRPC’s 2018 Annual Dinner Oct. 25 at the Hermann Hill Wedding and Convention Center, Hermann.

“Our Annual Dinner is the highlight of our year, as our board takes great pleasure in honoring some very deserving volunteers across our region, recapping some of the great projects that have occurred in our communities and taking a look at the contributions MRPC, as an organization, has made to our cities and counties,” said Bonnie Prigge, MRPC executive director.

Individuals recognized by MRPC for contributions to their communities were:

“We really appreciate the hospitality, provided by the city of Hermann and Gasconade County, our hosts, and a special thank you to Terry Hammer and his staff for all their hard work to deliver a top-notch location for our evening,” Prigge said. “The support from the Hermann business community was amazing. It was certainly a great evening.”